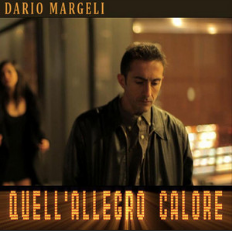 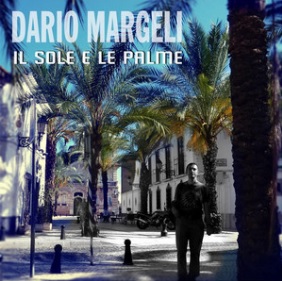 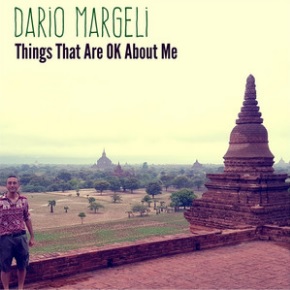 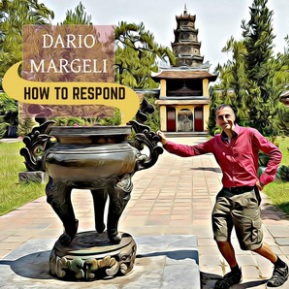 Listed above is the very basic Dario Margeli discography. Below is the extended discography. This includes the different language versions of the songs. It also includes remixes. It also takes into account remastered or even re-recorded versions. The songs have also appeared on albums which are listed here too. An explanation is provided for some of these releases.

There have been albums as well but they consist of the above mentioned recordings. The first album was called Testa and appeared only in physical CD format. The few copies made were sold on Bandcamp. The cover art photo was taken in Perito Moreno glacier. The second album was called Mente and it only appeared on physical CD format. Most of the copies were sent to Italian music journalists and very few copies remained for the general public. Mente has an original photo as a cover art with Dario appearing looking a bit crazy.  There are 3 digital albums: Electronic, Fluido and Suma. “Electronic” contains BiTbear and other dance and electronic remixes of the songs. The photo for the “Fluido” album was taken in Bordeaux France. “Suma” contains updated versions of some of the songs. These updates were created for inclusion in two physical-only Vinyl LP’s: “Dario Margeli” and “Sigma”. Both of the vinyl albums have unique original illustrations and paintings for cover art. Very few copies were made of the vinyl LP’s and they are lacquer-cut, not pressed, vinyl. There are two versions of the Sigma vinyl. 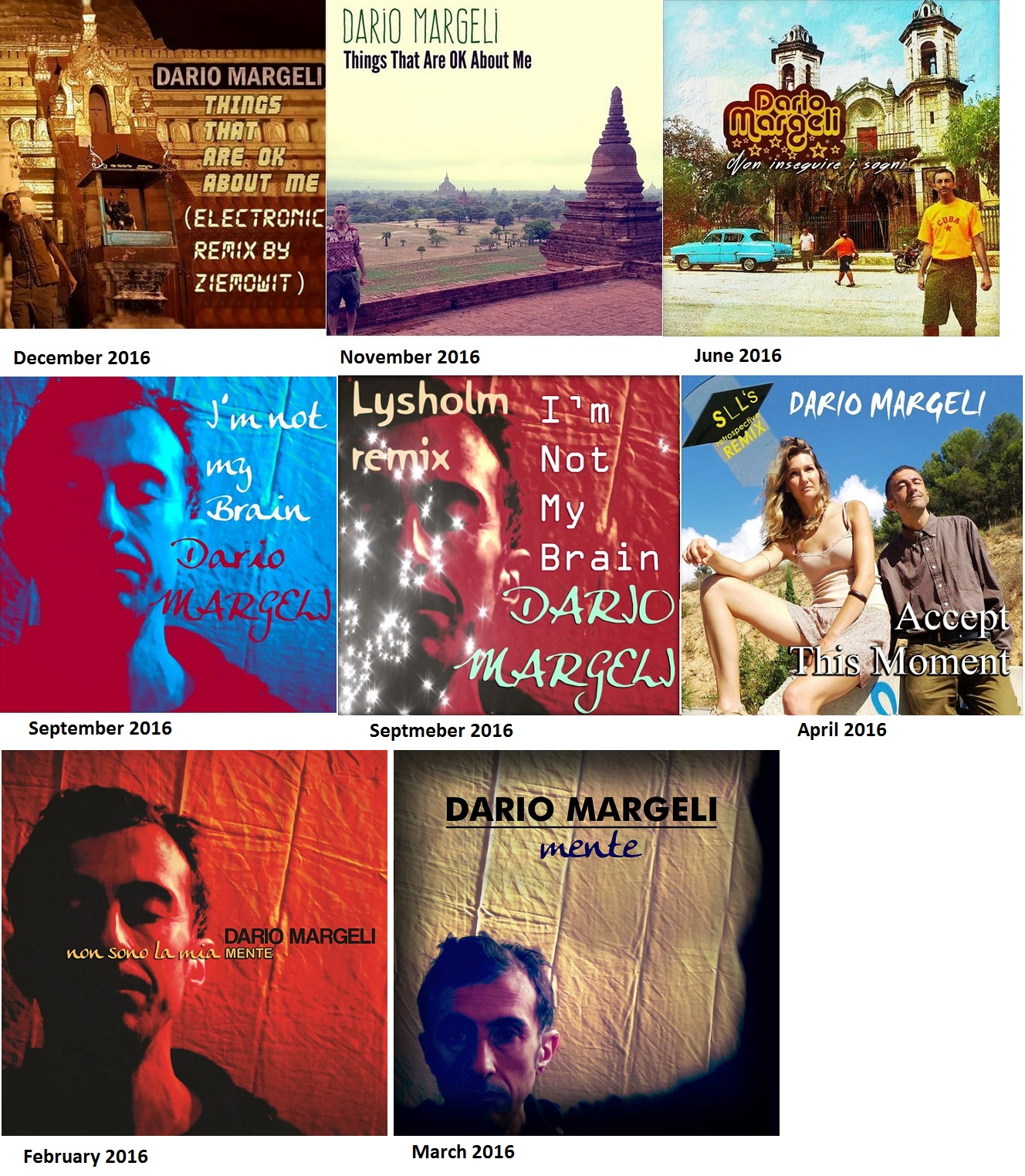 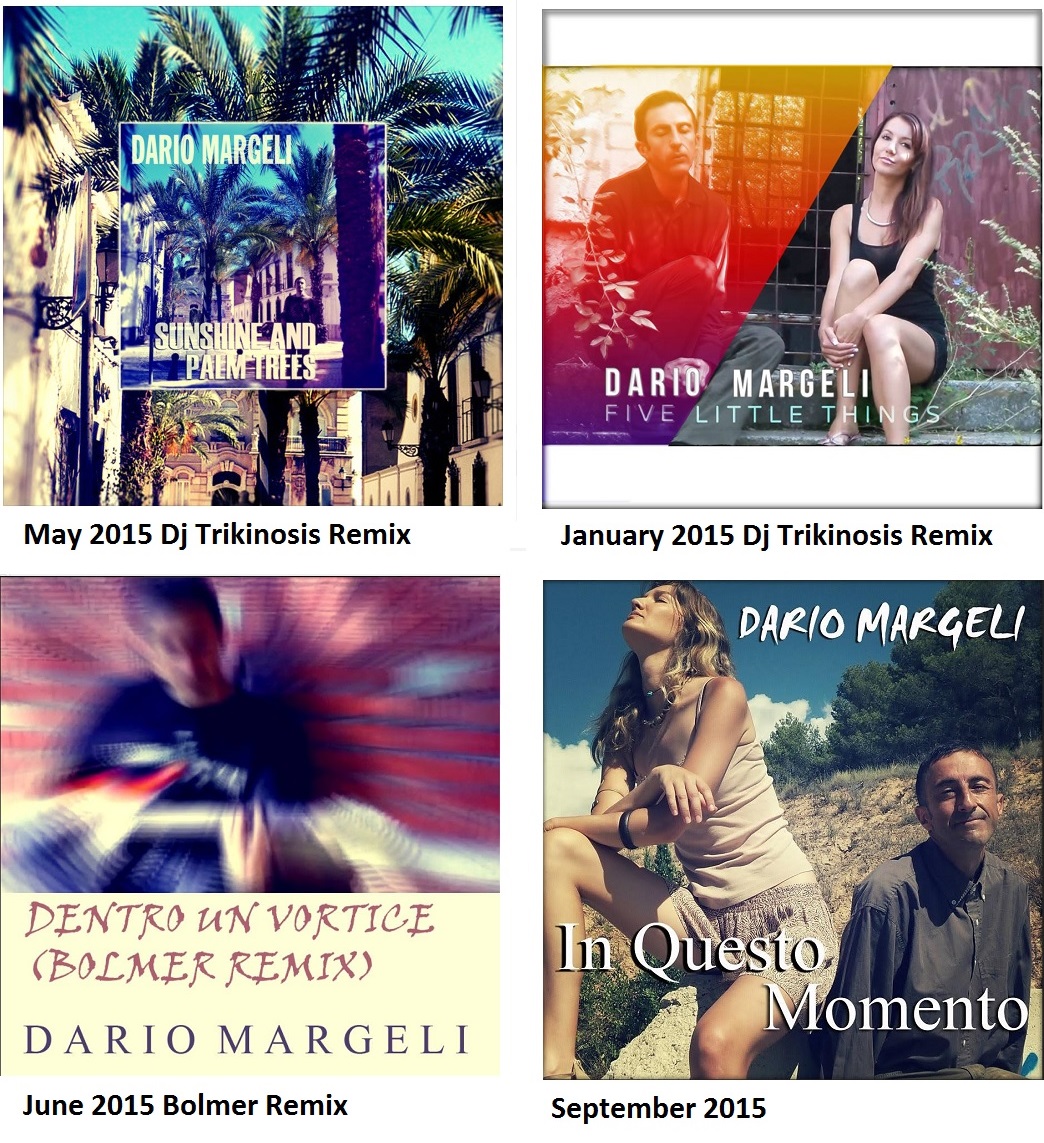 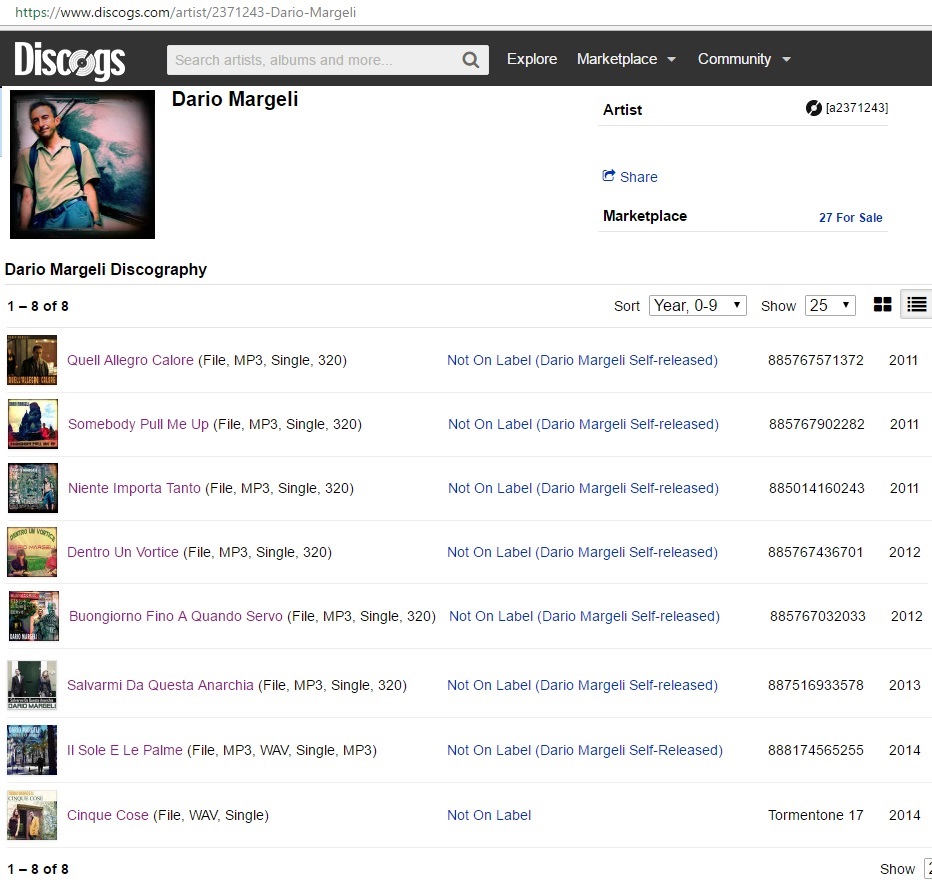